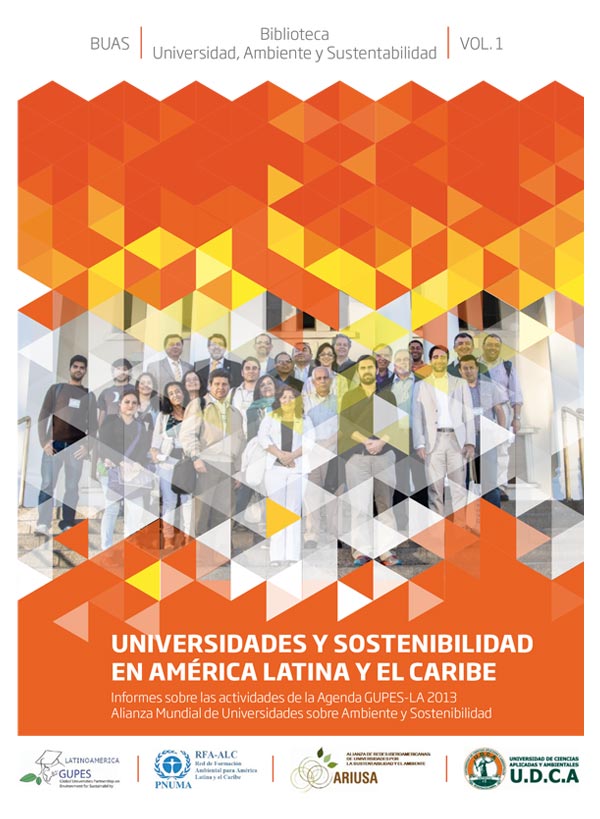 In December 2012, the Latin American Chapter of the Global Universities Partnership on Environment and Sustainability (GUPES) was launched in Bogotá. This event was developed as a first activity of the cooperation agreement between the Regional Office of the United Nations Environment Programme (UNEP) and the Alliance of Ibero-American Networks of Universities for Sustainability and the Environment (ARIUSA). There, a GUPES work agenda for 2013 was approved, whose central axis was a series of National Forums of Universities and Sustainability that should culminate with a Latin American Forum at the end of the same year. In compliance with this agenda, national forums were held in 10 countries of the region: Guatemala, Dominican Republic, Argentina, Cuba, Colombia, Brazil, Costa Rica, Chile, Mexico and Ecuador. The first part of this book presents a general report on the most important aspects of the national forums as a whole. The second section publishes specific reports on these events in six of the countries mentioned. The last part offers a record of the topics discussed in the first Latin American Forum on Universities and Sustainability and the basic points of the Agenda for Sustainability in the Universities of the region that was proposed there.